Canberra history in the making.

Mort Street Braddon has been the publishing hub of Canberra for a long time.
The Canberra Times was published in Mort Street for many years. See history of The Canberra Times. And 42 Mort Street, the current home of The Framing Store and Bytes’nColours is a building that was purposely built in 1964 to house The Austrsalian Newspaper.

The history of Canberra is closely linked to the European settlement of Australia.
Pioneer farmers were exploring these parts very early in the 19th century.
The earliest know explorer to the Limestone Plains was ?????? in 18??.We love the history of this special p[lace and will publish interesting snippets here. For more information visit the Canberra Historical Society and The Museum of Australia.

The start of The Australian 50 years ago from a small plant in Mort St, Canberra, was described by former editor-in-chief David Armstrong as the result of a “wonderful, crazy idea”.
It was indeed that, with the odds factored heavily against its survival, let alone its success. It had to overcome huge financial obstacles, a scale of distribution never attempted by a daily newspaper, as well as state prejudices. The proposal for the new paper also faced still opposition from the News Limited board.
The paper leap-frogged into existence off the back of a biweekly newspaper edited and printed in the Australian Capital Territory by Ken Cowley, who went on to became chairman and chief executive of News Limited.
After meeting Rupert Murdoch in 1962 at the conclusion of a tour of the plant of that produced his Daily Mirror afternoon newspaper in Sydney, he offered to buy Mr Cowley’s paper, The Territorial – an offer that was rejected.
Later Mr Cowley approached Mr Murdoch with an idea for a new national newspaper. “It wasn’t my idea,” Mr Cowley told D.D. McNicoll in an interview for The Australian. “A lot of people were talking about the role of a national newspaper then … so I went and talked to Rupert about it – and my having some sort of role in it,’’ he said. “But of course, at the speed Rupert travels, he grabbed the idea and burned me off in about three days.’’
With Mr Murdoch’s decision to launch the paper, he offered Mr Cowley an editorial position, which he declined, preferring instead to involve himself in the critical role of its production and distribution.
The paper came off the Mort St presses for the first time on July 14, 1964, a testament to the vision and commitment of Mr Murdoch and the passion of the people who worked under him.
Mr Cowley takes great pride in the role The Australian has played in shaping the culture of the nation and its impact on the community. “Because of the size of the country, and the relatively small population at the time, the nation needed a powerful voice that crossed state borders and brought it together,” he told The Bulletin.
“As a national paper, The Australian performed that function.
“There were many difficulties to overcome, both physically in terms of production and distribution, as well as financially. I know Rupert met with significant pressure and resistance from the News Limited board at the time of the start-up in Canberra.

Building for the future.

A newspaper which has the advantage of a brand-new building designed for the utmost eﬂiciency of production is fortunate  indeed. Such a building was required for The Australian.  The Australian has been able to plan from the ground up. Its Canberra ofﬁces and plant, entirely new, are now ready to produce a newspaper comparable with the world’s ﬁnest — and ready for the expansion that Canberra’s growth will soon demand.  The ﬁrst home of The Australian, in Mort Street, Braddon, is a handsome two-storeyed olﬁce of ﬁre-protected steel construction, complete with editorial suites, machine pits, loading docks, newsprint storage — all a newspaper’s multifarious requirements.
The policy and aspirations of The Australian called for the appointment of staff of the highest collective calibre ever attempted in Australia. Journalists gathered for The Australian win comprise a new type of elite force.  No positions were advertised. The Australian knew where to ﬁnd the right man for every post, and in every case the response was immediate. After months of careful preparation most appointments have now been made. All the major executives are at work.  But The Australian will continue to recruit from the best — a task which will be made easier as it becomes the ambition of every talented young journalist to join one of the world’s great newspapers.

Reporting the nation to Canberra.

Intelligence ﬂows into the national capital of Australia in many ways — through diplomatic  pouches, through secret cable channels, through written departmental reports, through the words of the representatives of the people in Parliament itself, through gossip, travellers’ tales and word-of-mouth.
Now, to add to these sources of news, of knowledge about happenings in the world beyond Canberra, come the resources of The Australian, drawing intelligence from all Australia to the nation’s capital.
One important type of news, of special interest to those engaged in the machinery of national government in Canberra, is political news — from the States of Australia.
In Melbourne and Sydney The Australian will draw on the services of its own full-time political correspondents, reporting and interpreting the political events of New South Wales and Victoria for the national capital.
Other staff correspondents and special correspondents will contribute regular reports on the political trends in the other States of the Commonwealth.
Closely allied to, but distinct from, political news is industrial news, the reports of events in the unions and councils of employers throughout the nation.
In the pages of The Australian readers in the national capital will ﬁnd extensive reports of Arbitration Commission proceedings and interpretation of the meaning of those proceedings and the decisions emerging from them.
Elsewhere, particular issues of economics. reports of the trend of business, of the movements of share prices. will ﬁnd their due, important place in the pages of this national daily newspaper.

To most Australians outside Canberra, the name of the city means, more than anythlnga the place where Parliament meets, where the Federal Government is.
To Australians living in the national capital, however, Parliament sometimes seems as remote from the pattern of daily life as it does in any other city of Australia.
Yet Parliament is the culminating point of much of the administrative and political activity in the nation.  It is the place where the crucial issues are ﬁnally decided, where the results are announced. And as such, its proceedings are of great importance to the lives of Australians everywhere.
Reporting Canberra to the nation, of necessity  therefore, means beginning with reporting proceedings in Parliament,
In the pages of The Australian readers will ﬁnd reports of Parliamentary proceedings more extensive than are available in any other newspaper in the country.
Much is going on beneath the surface and much of it is vitally important to an understanding pt what is really taking place.
There is little need to underline the bearing on political events of the political activity which takes place outside the debating chambers of Parliament House.
Now for the ﬁrst time a national newspaper will take really seriously the task of bringing to it rest of Australia a digest of the mass of into mation becoming available in the national Capital.
For the ﬁrst time a national newspaper will seriously embark on the task of reporting Canberra to the nation.

Could list early exploroers by name and date..
Live Project 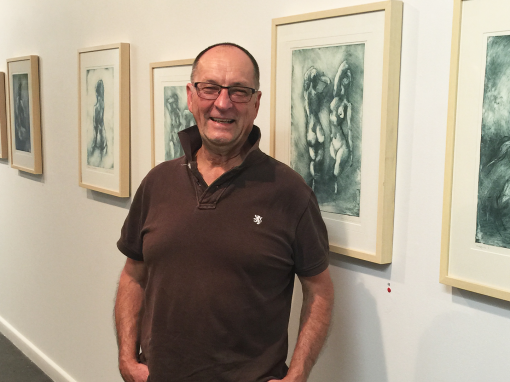